Picking the perfect hen party game can help bring your hen do alive with laughter, cringes and heart-warming memories. Hen games are the ideal ice breaker for mixed groups who don’t all know each other or if you just want to have some fun before or after your other hen activities. 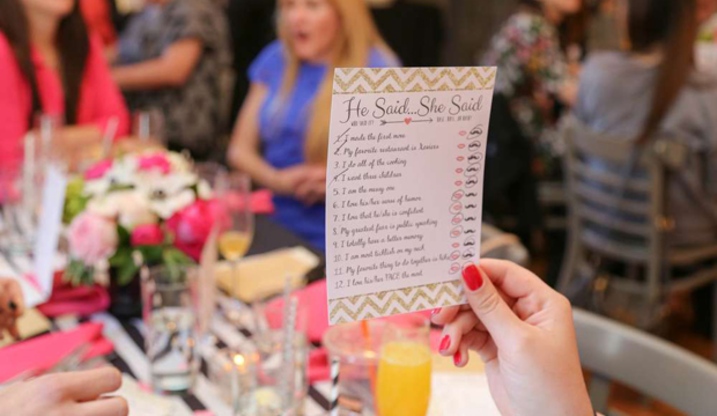 We’ve listed our favourite hen party game ideas to help you create a hen weekend that will bring your group together and go down in hen history!

This sentimental hen party game involves the hen party organiser quizzing the groom with a list of questions before bringing the answers to the hen party. Now it is up to you and your hens to ask the bride to be the same questions and see if they add up. This hen game idea will have your group rolling in stitches by the end!

Whose Underwear Is It Anyway (The Panty Game)? 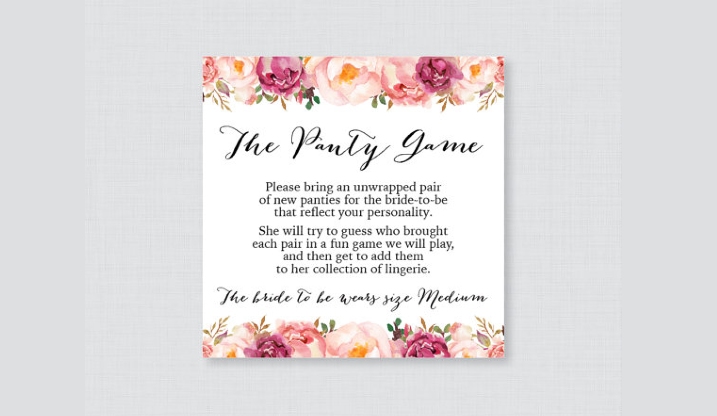 Get every hen to bring a pair of underwear to the hen party that they feel perfectly describes themselves. Now the head hen must guess who owns each pair. Get to know your bride rather personally with this hilarious hen party game. 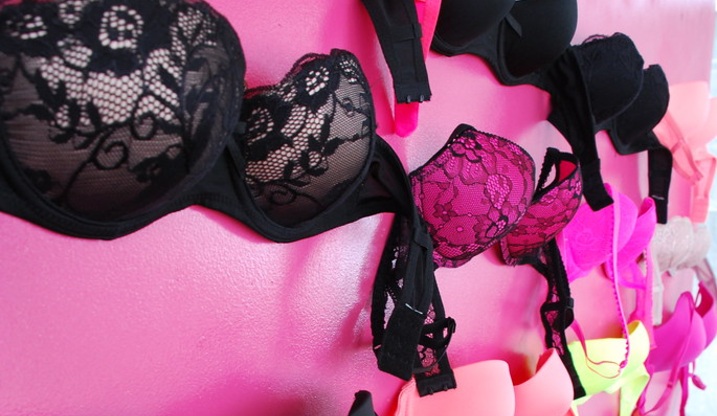 Bra Pong is a classic hen party game for a reason. We love to get each girl to bring their sexiest bra to make the playing board extra personal. Get the bra to start first and, each time she gets a ball in a bra, she gets points for guessing who it belongs to. The higher the bra, the more points she gets, get it wrong, however, and it’s time for the shots to start flowing for this busty hen party game!

Drunk Jenga is a creative mash up of a traditional game of dares, meets russian roulette, meets, er, Jenga. Every girl gets to write a dare on a piece of paper and then place them in a jar or bowl. Take it in turns (starting with the bride, of course) to pick a dare. Choose to complete the dare or down a shot...this could descend into hilarious hen do dare madness very quickly.

Pin The Junk On The Hunk

Everyone remembers playing pin the tail on the donkey at kids parties. Well, now it’s time for the (very) grown up version for this hilarious hen party game. Download a picture of a naked man’s body and create a pinnable version of his ‘junk’. It’s up to you if you want a cartoon or realistic body but you could go all out and paste a picture of the groom’s head on the top of the body...Then simply take it in turns to try and pin his junk in the right place with a blindfold on.

These are just a few that we have come across – evidence that you won’t be short of hilarious cosmetic names for this hen party game. What on earth were they thinking??

Put A Ring On It 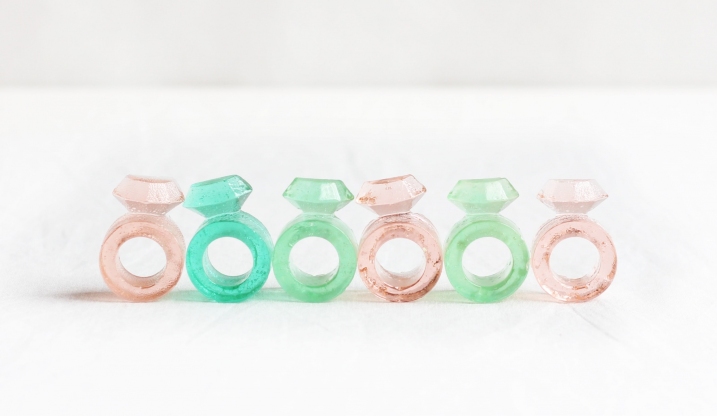 It’s the last night of freedom and there’s to be no talk of the big day, just great fun and a chance for the bride to let her hair down. This hen party game may prove to be the trickiest of all, however!

To play this hen game, give every girl a plastic or candy ring to wear at the beginning of the night. Then throughout the night, no one is allowed to say the words ‘bride’ or ‘wedding’. If you hear a girl say either word, you’re allowed to take their ring to wear for yourself. The hen with the most rings by the end of the night wins!

Alternatively, the penalty can be a shot, although you may end of with some highly inebriated hens in that version of this funny hen game!

One of the best things about this hen party game is that you can completely customise it to suit your hen group. As the hen party organiser, you’re bound to know what dares will have the hens cringing and squealing with laughter once the scavenger hunt kicks off.

Your list of fares can include anything from ‘kiss the barman’ to ‘get a phone number’ or ‘propose to a stranger’. Each dare gets ranked in points relative to difficulty and cringeyness. This hen party game should provide an unforgettable last night of freedom for the bride.

Make sure to have your phones at the ready so you have plenty of evidence after this daring hen do game.

Check out our very own Scavenger Hunt print out if you love this hen party game idea! Perfect if you’re planning a night out on the town and you want to set your hen girls a proper challenge. 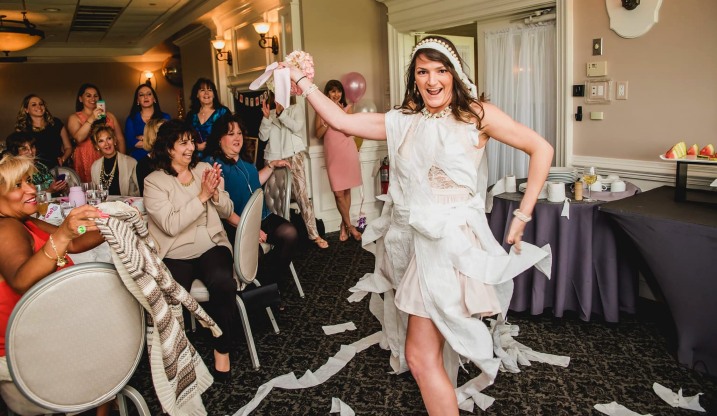 The hens are split up into teams of 3-5 girls for this hen party game, perfect for budding Coco Chanels in the group. You must design your own personal wedding dress for the bride using only toilet roll. The bride then chooses her fav Andrex Couture dress to win!

What Age Was The Bride? 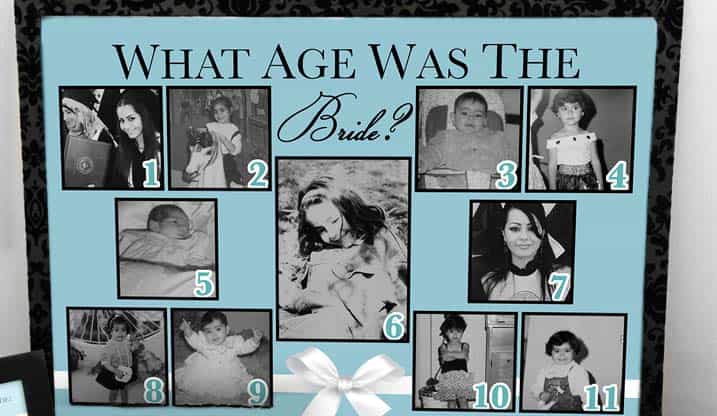 This is a beautifully sentimental hen party game where hens can reminisce with the bride over a couple of glasses of bubbly and get to know her even better. To really make the most of this game, reach out to the bride’s family and friends to collect the perfect collage of pictures of the bride from all ages of her life.

To get the ball rolling on the night, gather around the collage and enjoy the giggles and gasps as the group guesses the bride’s age in each photo. This hen game would suit any group who want some laughs but to also celebrate the bride’s life and reminisce with her before her next big step.

This is another ultra sentimental hen party game that puts the bride in the hot seat. Every hen must write down a fond memory that they have with the bride to be and put them into the pile. When the hen picks up a memory she has to try and remember which of her girls it was with. This hen party game is a great way for all the girls to reminisce on the first night with some bubbly in hand, before the hen weekend really kicks off.


For more hen party ideas and inspiration, check out our hen party themes, hen do games and hen party accessories.